Intruder/ burglar sneaked into our taman–Video footage captured via CCTV DVR tells all.

The whole housebreaking episode happened around 3:40am on the 8th of Aug 2019 shortly after our security guard patrolled and signed the log book, it was just about 5 minutes ago. (3:34am).

A police report had been made for the house breaking incident on the next morning…….

Below are photos and videos showing where and when the intruder/ burglar sneaked in by cutting through a few openings along the fencing at the taman eastern riverside. 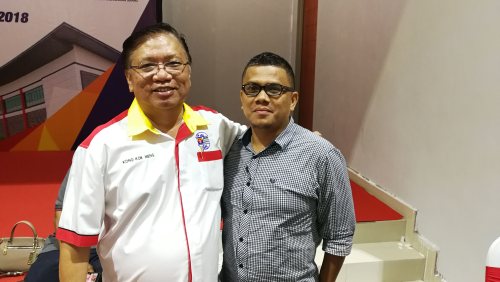 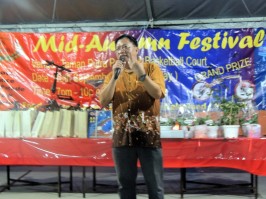 The biennial Mid Autumn Festival for TPP8A was successfully organised by the RA, Some 4 hundreds over residents of old, adult and young attended our very own moon cake festival…..

The primary objective of this event is to foster good neighbourhood among our residents, where all our residents were invited to participate while upholding and promoting the tradition of lantern festival to the younger generation……

Children were most delighted in occasion of this nature, the organiser also gave away many lanterns,  food, mooncakes and drinks together with presentation of cultural folk dance of mid autumn theme by junior residents.  Magic shows, lantern parade were among programmes of the night….

Nevertheless, the highlight of the night was none other than some 40 prizes to be given away through lucky draws…..from a grand prize of foldable bicycle to children school stationeries……the joyful biennial event ended with warmest ovation from the crowd around 10:30pm.

We look forward to next  biennial moon cake festival by 2018……

The emerging township of Taman Putra Prima since 14 years ago which comprising of over 3000 units of mix development soon will be getting a community hall of its own.

The construction work of this new community hall is expected to be completed by March 2015, the proposed new building will be equipped with 2 indoor badminton courts, a stage theatre, conference room and is fully air-conditioned. Construction cost is fully funded by the Selangor state government estimated about RM1 million.

The ground-breaking ceremony was organised  by the Gabungan Persatuan Penduduk Taman Putra Prima to commemorate the achievement of the association and to celebrate for the realization of the long aspiring dream for a community hall. The call  for this amenity was raised by the Gabungan President Mr Kong during the last year Town Hall meeting initiated by Majlis Perbandaran Sepang Councillor Mr Pulanthran A/L Munisamy, who is also the Chairman of Jawatankuasa Perunding Penduduk (JPP) Zon Taman Mas–Putra Prima

The whole event was also covered and interviewed by the members of the press from Nanyang, China Press, Sinar and The Star. below are some share link from the press reporting. 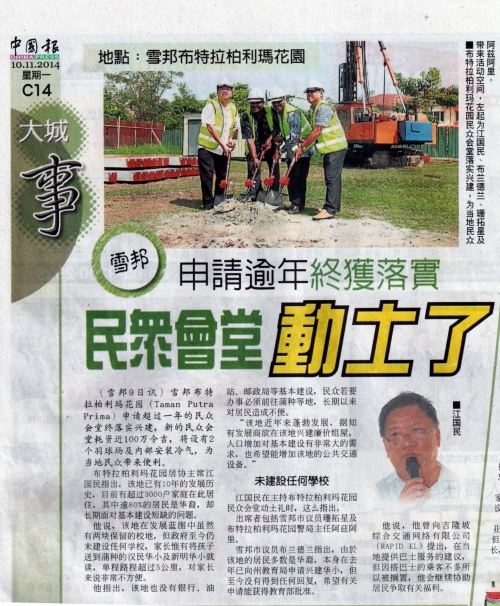 Excited RA representatives from 8A 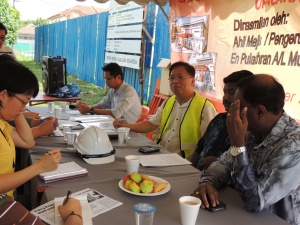 Group photo with all the VIPs & invitees 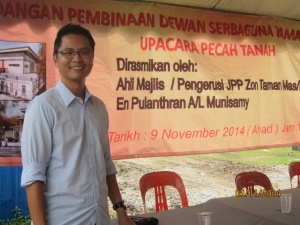 Request for community hall raised during a town hall meeting

The very first mid-autumn festival was celebrated with overwhelming response from the resident of TPP8A, the crowd turning out for the carnival was unprecedentedly far exceeding the organizing committee initial conservative estimation of around 200–300.

Among the highlights of the night were lucky draws and Lantern Riddles where some 40 presents were given away including 2 brand new Raleigh bicycles, children stationery packs, flowers and USB pen-drives.

15 kids from our taman kindergarten–Genius Kid were also been invited to present 6 dances and performances to cheer the occasion. According to the RA chairman Mr Kong, This is the 2nd biggest function successfully organised by the RA after the RM2.6 million road rebuild ground breaking ceremony held about 2 years ago.

Please watch video clip below at

Treasurer Aaron and wife were incharged of the registration counter

Chairman & Secretary were getting ready to start

chairman’s speech was warmly applauded by the audience

more crowd outside the tent

more crowd on other side

another winner of Raleigh bicycle

We are pleased to announce our very first Mid-Autumn Festival celebration party 2014 in our lovely garden. The date is set for Saturday, September 06, 2014. The location is at basketball court, Taman Putra Prima 8A. Dinner reservations are required.

The resident association of TPP8A has allocated extra funds to enrich the light dinner menu and to cover the facility cost. Please bring along your family members to enjoy an evening of social networking and celebration with other TPP8A residents. However residents are most welcome to also bring along variety of delicacies (potluck) to supplement and cheer our very own first of its kind occasion. With all residents’ enthusiasm and active participation, our function will surely be a successful one.

Register online (only for TPP8A residents and invited guests)

The Gabungan took the opportunity to extend our gratitude and farewell to Encik affandi and warmest welcome to En Sharin to assume office in our service zone. 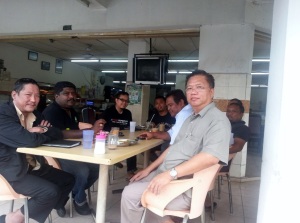